The Poconos is a well-known outdoor recreation destination for visitors around the northeast, especially from New York City and Philadelphia. The region encompasses the Delaware State Forest, including six designated natural areas, seven state parks, and seventeen state game lands.[6] The Delaware Water Gap National Recreation Area is on the eastern edge of the Poconos and includes 70,000 acres of wilderness.[7]

Skiing was a $230 million a year industry in the Poconos and in 1987 accounted for one quarter of the region’s tourist business. Pennsylvania native John Guresh, an employee at Big Boulder Ski Resort, is credited for bringing the ski industry to the Poconos.[35][36][37] In the winter of 1956-57 he invented a machine “resembling a lawn sprinkler atop a sled” to generate artificial snow. Joyce Gemperlein of the Philadelphia Inquirer wrote, “Until Guresh perfected snowmaking at Big Boulder, skiing in the Poconos was a relatively minor sport.” Ski resorts in the region could not rely on natural snow and, according to Big Boulder manager Ken Knize, there were times when conditions were right for skiing only two weeks a year. Cal Conniff, president of the National Ski Areas Association, regarded Guresh as “one of the pioneers” of the U. S. ski industry.[35] 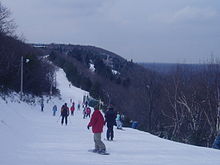 Whether you’re searching for the best family vacations or weekend getaways for couples; you’ll be head over hills for the Poconos!

Once upon a time, long before Tastykakes and the Internet were invented, the Poconos majestically rose up under our feet. People and pets have been coming from the city and the boonies just to spend time in our northeastern Pennsylvania wonderland.

Here in the Poconos, you can do just about everything. You can relax – or race. You can roll down the river – or roll the dice at a casino. Just pick a verb: chill, escape, relax, romance, fish, hike, golf, shop, wed, party, gamble, float, glide, slip ‘n slide, paddle, row, ski, race, or spectate. You can even work if you must. We have great spaces for conferences. In the Poconos, you can do whatever you want.

Poco-­Knows: The area covers four counties: Wayne, Pike, Monroe, and Carbon. It’s 2,400 sq. miles and more than 340,000 people live in the Poconos year-­‐round. It would take about 2 hours to drive from the Southern most point to the Northern most point of the Poconos.

The Pocono Mountains, commonly referred to as the Poconos, is a geographical, geological, and cultural region in Northeastern Pennsylvania, United States. The Poconos are an upland of the larger Allegheny Plateau. Forming a 2,400 square miles (6,200 km2) escarpment overlooking the Delaware River and Delaware Water Gap to the east, the mountains are bordered on the north by Lake Wallenpaupack, on the west by the Wyoming Valley and the Coal Region, and to the south by the Lehigh Valley. It comes from the Munsee word Pokawachne, which means “Creek Between Two Hills.”[1] Much of the Poconos region lies within the Greater New York-Newark, NY-NJ-CT-PA Combined Statistical Area. The wooded hills and valleys have long been a popular recreation area, accessible within a two-hour drive to millions of metropolitan area residents, with many communities having resort hotels with fishing, hunting, skiing, and other sports facilities. 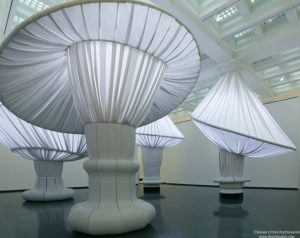